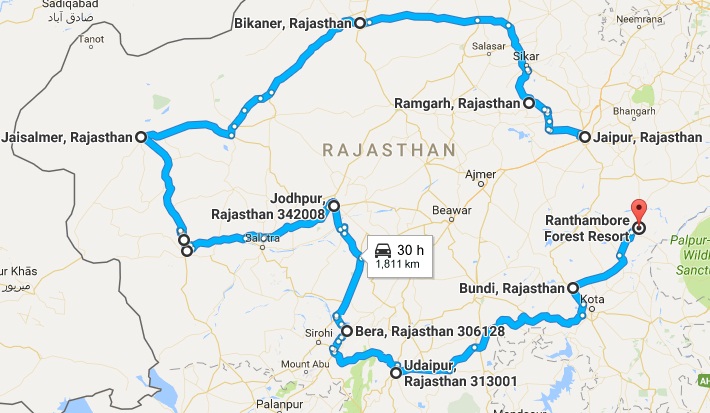 The state of Rajasthan was formerly known as Rajputana under the British rule. It is the land with a glorious past, the land of kings and their heroic deeds, of palaces and forts, of deserts and forests, of businessmen and traders, of art and architecture. This is a state with variety of attractions. Jodhpur, Jaisalmer, Bikaner lies in the great inhospitable Thar Desert which occupies more than half the state's area. In contrast are the forest and tiger reserves of Ranthambore and Sariska, the wetland and bird santuary of Keoladeo National Park near Bharatpur, and Mount Abu the highest peak and hill station of the ancient hills of Aravallis. Udaipur, the city of lakes, and Jaipur, the pink city and the state capital lies in the more fertile region of Rajasthan. Ruins of the ancient Indus Valley Civilization and Vedic Civilization can be seen in some parts of Rajasthan. History is witness to this land's valliant battles against foreign invassion into India. Great kings like Vikramaditya, Rana Pratap, Suraj Mal and many other Rajput kings and queens have created great histories which are visible in the numerous forts and palaces of Jaipur, Bikaner, Jaisalmer, Ajmer, Jodhpur, Udaipur, Chittorgarh and many more. The rich art and architecture of the land is visible not only in the elaborately decorated temples and palaces, but also in the beautiful handicrafts and colourful festivals and dances.

The roads in this trip are not high altitude but they can be long and hot specially in summers. Some places the road can be unmetalled. Night temperatures in winter can be chilly and below freezing point in the desert areas. Overall the trip is relatively easy. And do remember to pick up some colourful momentos of rajasthan before the tour is over. 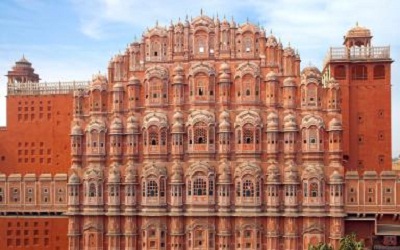 Jaipur is the capital and the largest city of Rajasthan. It is also known as the Pink City, because lots of historic buildings that are constructed with pink sandstone.
You will receive a warm welcome on arrival. Check in to hotel. Meet the team. Local sightseeing. Overnight stay in hotel. Visitor attractions include the Hawa Mahal, Jal Mahal, City Palace, Amer Fort, Jantar Mantar, Nahargarh Fort, Jaigarh Fort, Galtaji, Govind Dev Ji Temple, Garh Ganesh Temple etc. There are statues depicting Rajasthani culture around the city. Jaipur has many traditional shops selling antiques and handicrafts.

Ramgarh is a city and a municipality in Sikar district in the Indian state of Rajasthan. Ramgarh was founded in 1791 by the Poddar family and it was one of the richest and most beautiful towns in 19th century India. 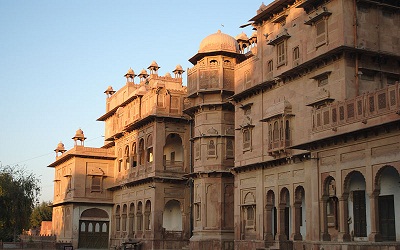 Bikaner is a city in the northwest of the state of Rajasthan in northern India. Prior to the mid 15th century, the region that is now Bikaner was a barren wilderness called Jangladesh. Rao Bika established the city of Bikaner in 1488. Bikaner is situated in the middle of the Thar desert and has a hot semi-arid climate with very little rainfall and extreme temperatures. In summer temperatures can exceed 45℃, and during the winter they may dip below freezing.

Jaisalmer, nicknamed 'The Golden city', is a city in the western side of the Indian state of Rajasthan. Once known as Jaisalmer state it is a World Heritage Site. The town stands on a ridge of yellowish sandstone, crowned by a fort, which contains the palace and several ornate Jain temples. Many of the houses and temples are finely sculptured. It lies in the heart of the Thar Desert. Jaisalmer is named after Maharawal Jaisal Singh, a Rajput king who founded the city in 1156 AD. Jaisalmer, being an arid desert region, is prone to extremes in terms of temperature. 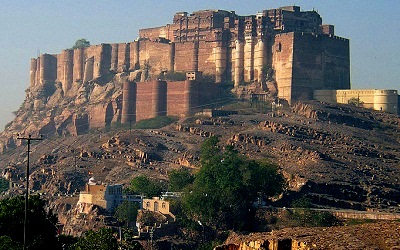 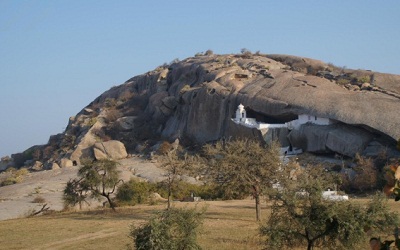 Hidden in the belly of Rajasthan, Bera is a small town in Pali district. It has a classic landscape with Aravalli hills dotting scrub-land vegetation such as cactus and keekar. Hillocks with caves present here provide a perfect habitat for leopards. Close to this village, lie the river Jawai and the Jawai dam. The lake behind Jawai dam is a scenic place amidst the hills and is home to some of the biggest crocodiles apart from a number of resident and migratory birds.

Udaipur is a major city in the Indian state of Rajasthan. It is the historic capital of the kingdom of Mewar in the former Rajputana Agency. Maharana Udai Singh of the Sisodia clan of Rajput founded the city 1553, and shifted his capital from the city of Chittorgarh to Udaipur. Udaipur, with its picturesque landscape, lakes, and historic palaces and architecture, is a major destination for most tourists. 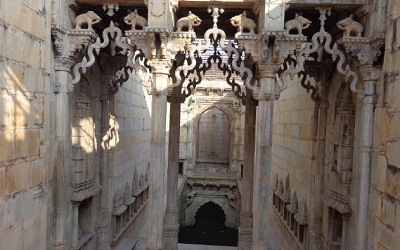 Bundi is a small city in the Hadoti region of Rajasthan state of India. It is of particular architectural note for its ornate forts, palaces, and stepwell reservoirs known as baoris. The city lies near a narrow gorge, and is surrounded on three sides by hills of the Aravalli Range. A substantial wall with four gateways encircles the city. 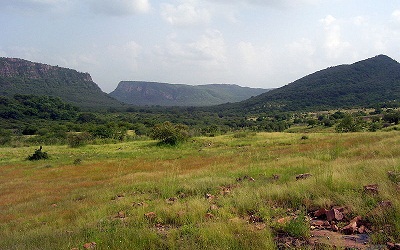 Ranthambhore is one of the largest national parks in northern India. Ranthambore National Park lies at the edge of a plateau and is bounded to the north by the Banas River and to the south by the Chambal River. It is named after the historic Ranthambhore fortress, which lies within the park. Ranthambore wildlife sanctuary is known for its tigers and is one of the best places in India to see these animals in their natural jungle habitat. The majestic fort, built in the 10th century, towers over the entire park area. Padam Talao: This is the largest of the many lakes located in the park. A red sandstone Jogi Mahal can be found at the edge of the lake. A gigantic banyan tree, considered to be India's second largest, is also near the lake.

End of trip. Local shopping and you go back with loads of memories.